There is now a disincentive for health insurance navigators to set up shop in rural areas. Navigators are those specially trained people that help consumers sign up for health insurance on the marketplace. The Trump administration has tied their funding to how many people they sign up for coverage on the marketplace. Since chances are higher of signing up more people in urban areas, navigators in South Carolina are focusing on cities at the expense of rural areas.

Pointing to a map of South Carolina, Shelli Quenga, laments how she is only sending health insurance navigators to a third of the state’s counties.

“Well, it’s primarily kind of an I-26 corridor,” she said. “That’s where most people are.”

Quenga is with the Palmetto Project, the state’s largest of two navigators. She hires specially-trained people to go out to libraries, McDonald's and other public places across the state to help people buy health insurance plans on the federal exchange.

Last year, she had about 60 navigators. This year 30. That’s because a new Trump administration policy cut her federal funding in half. So, she’s abandoned places like Chester, South Carolina, and is focusing on the Greenville, Columbia and Charleston areas.

“So that we can get kind of the most bang for the buck which appears to be the primary focus of the administration,” Quenga said.

This year, the Trump administration slashed spending on navigator groups like Quenga’s and changed the funding criteria.  The organizations track a variety of metrics. Among them, how many people they consult with on buying insurance, how many actually sign up, and how many are referred to other programs.

This year the government said it funded groups just based on how many people they enrolled in plans through the exchange compared to how many people they said they would sign up. The Centers for Medicare and Medicaid Services says this is to ensure accountability. But Quenga feels pushed into meeting metrics rather than serving as a non-biased health insurance educator. Her group signed up 1,700 on the marketplace last year during open enrollment, but that doesn’t tell the whole story. Quenga says her navigators steered people to programs that were best for them. Often, that was Medicaid not necessarily the marketplace.

“We are between the rock and the hard place,” Quenga said. “We know that people in rural areas don't have as much internet access. The people who need help are probably in the rural areas but we can’t afford it.”

The picture is very different in North Carolina, where 10 percent of federal funding was cut to its four navigator groups. There will still be more than 100 navigators spread out across the entire state – roughly the same amount as last year. Twenty-six-year-old Ilia Henderson is getting ready to sign up for coverage again with the same Charlotte-based navigator she worked with last year.

Henderson got help from the largest navigator group in the state, the North Carolina Navigator Consortium. 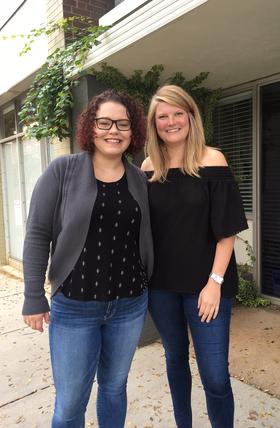 Project Director Jennifer Simmons is still placing navigators in rural parts of the state. She doesn’t seem to be dissuaded by the new federal funding formula.

“We have no guarantee of what to expect. So we’re really providing the best level of service we can right now based on money we have,” Simmons said. “And we’re optimistic that strong performance and demonstrated need that we think is out there for both not just coverage but for help accessing the coverage will recognize value and make decision accordingly.”

North Carolina had one of the highest enrollments, last year in the federal health insurance marketplace, with more than half-a-million people signing up.

South Carolina, with about half of North Carolina’s population, has more than 183,000 people enrolled. But Sabrina Corlette with Georgetown University’s Center on Health Insurance Reform thinks those numbers will drop during this open enrollment period.

And if that happens, Corlette said to count on higher premiums.

These NC Counties Would Suffer Most If Insurer Subsidies Are Cut

President Trump’s decision to stop paying subsidies to insurance companies means many middle class families will likely pay more for coverage. As part of the Affordable Care Act, insurers got those payments to help make health insurance affordable for customers.