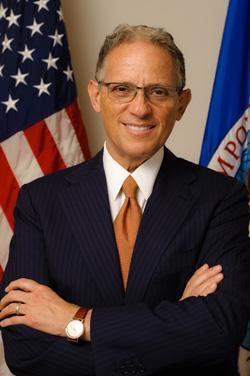 The main purpose of the Export-Import Bank of the United States (EXIM) is simple – provide loans to foreign entities, so they can buy American-made goods.  These loans, in essence, are a way to make American exports more affordable and more competitive.  Since 1945, the bank has operated as an independent agency, created and funded by Congress.

Last year, EXIM backed $12.4 billion in export financing.  But over the past couple of years, the bank has hit major political roadblocks and in recent months the fight has left EXIM's hands partially tied.  Export-Import Bank chairman Fred Hochberg visited Charlotte on Tuesday for a discussion with the owners of small businesses. During an interview with WFAE's Mark Rumsey, Mr. Hochberg addressed EXIM's role and the bank's critics.

Learn more about the Export-Import Bank of the United States at the agency's website.