Education And Medicaid Spending Still At Issue In Budget Negotiations 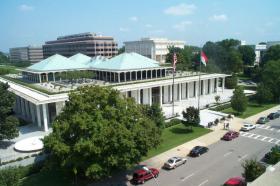 It’s a new fiscal year as of Tuesday, but the legislature has yet to reach an agreement on budget adjustments.

The House and Senate are still at odds over how to spend money on education and Medicaid.

Lawmakers are also trying to sort out a coal ash regulation bill, public records rules for charter schools, and higher penalties for prison inmates who get a hold of cell phones.

Host Frank Stasio talks with WUNC capitol reporter Jorge Valencia and WUNC education policy reporter Reema Khrais about what the legislature has left on the table before the short session ends.