In the 1950s and 60s, images of African-American beauty and fashion models in mainstream media were almost non-existent in the United States.

But a decade earlier, the Johnson Publishing Company in Chicago had started to take on issues of race and civil rights with the introduction of Ebony Magazine, the now-iconic magazine that black families across the U.S. subscribed to.

Ebony’s co-founder Eunice Johnson wanted more for her female, African-American readers. She loved fashion and she bet they did, too. Johnson was determined to build a traveling troupe that would wear high fashion. It would be called the Ebony Fashion Fair.

“She was a force to be reckoned with, and she must have been an incredibly persuasive woman,” said Linda Dougherty, chief curator at the North Carolina Museum of Art. “Especially the international fashion houses, they feared if they lent or sold their clothes to Eunice Johnson and they were in the Ebony Fashion Fair, modeled by African-American women, white women would not buy their clothes, which is just astounding to think about.”

Issues of race, hate and discrimination made it a difficult journey, but Johnson prevailed. In fact, those designers – including Yves Saint Laurent, Christian Dior and Givenchy – would come to respect Johnson, who is honored as part of a new exhibit at the North Carolina Museum of Art celebrating 50 years of Ebony Fashion Fair and how it changed history. 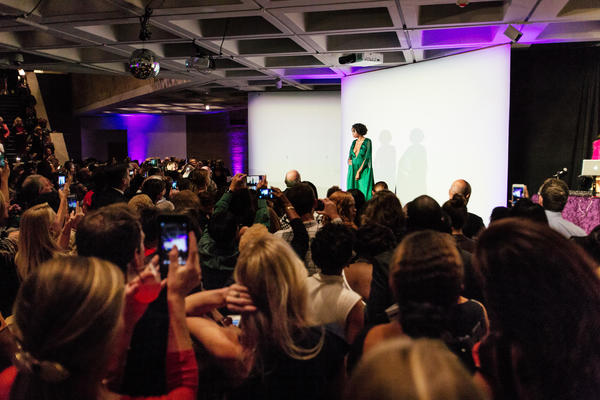 The first thing you see when you walk into the “Inspiring Beauty – 50 Years of Ebony Fashion Fair” exhibition hall is a wall-sized photograph of Johnson.

When the Ebony Fashion Fair started in 1958, racial discrimination affected nearly every aspect of African-American life. It was years before the Civil Rights Act passed, outlawing discrimination on the basis of race, color, religion, sex and national origin.

Johnson had an eye for fashion and consistently selected the most trend-setting outfit of a designer’s line. And with that same eye, Johnson hand-picked her African-American models, in all shades of brown, from all over the country – like Kimberly Kearse Lane.

“My mom sent a picture of me to the publishing company. I didn’t know she had sent it,” recalled Lane about how she became a fashion model. 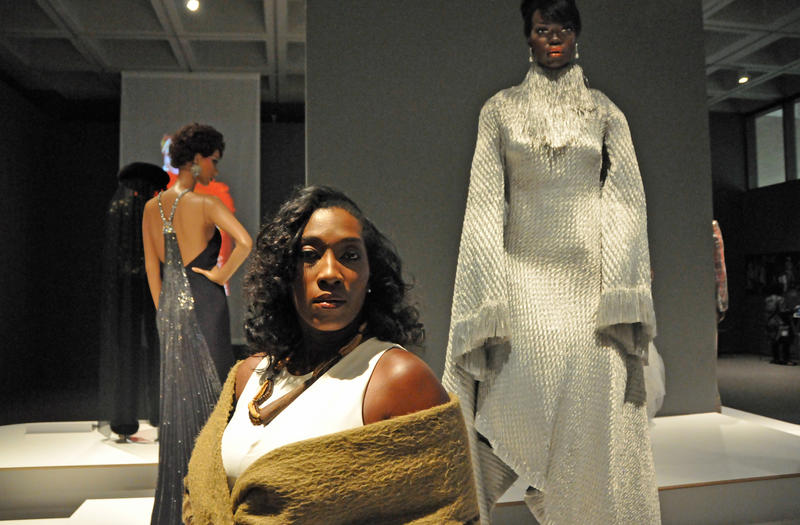 Lane modeled for Ebony Fashion Fair in 1987-88 before modeling in Europe. She now lives with her family in Concord, North Carolina and works in finance and law. Lane says being chosen as a Fashion Fair model changed her life.

While strolling through the exhibit – the mannequins look so real, you have to do a double-take. And the gowns are spectacular – especially Chloé by Karl Lagerfeld from the 1983-84 season. It features beads, rhinestones and sequins flowing like water. 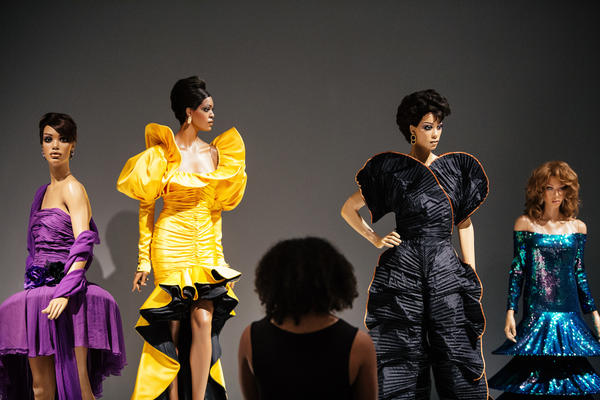 Celebrating The Exhibit With Student Designs

Audrey Smaltz, the voice of the Ebony Fashion Fair from the 1970s, did the honors on a recent evening.

“Look at the make-up, the whole ensemble,” Smaltz announced to the energized crowd. “Leather on leather, diamonds in the back for a zipper, ostrich feathers, my oh my, oh my! Almost a dress. You gotta have long legs to wear a dress like that.”

The designs for this show were inspired by the exhibit. And so were the models – they were all black. 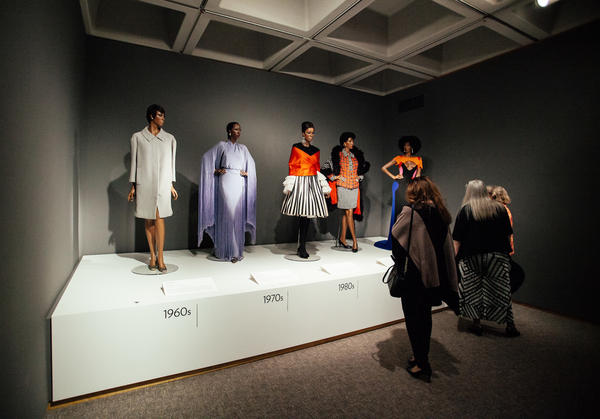 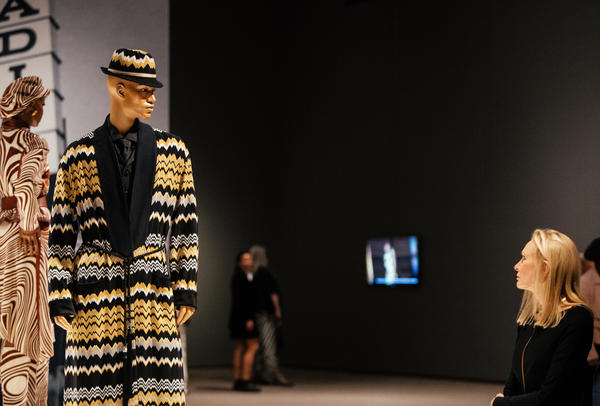 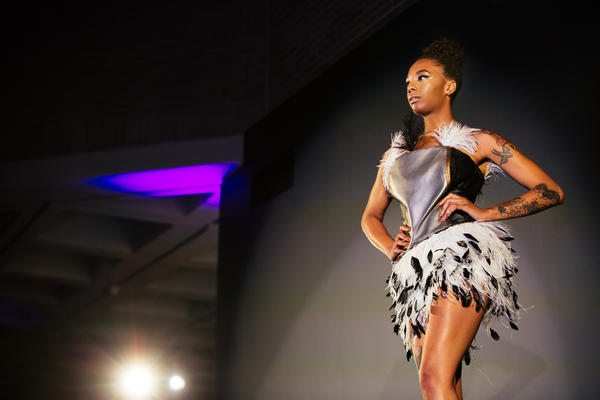 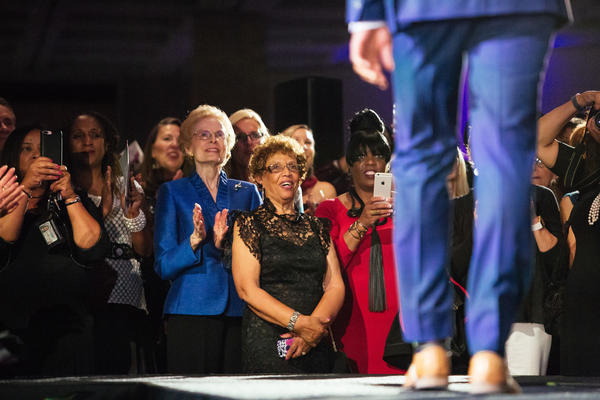 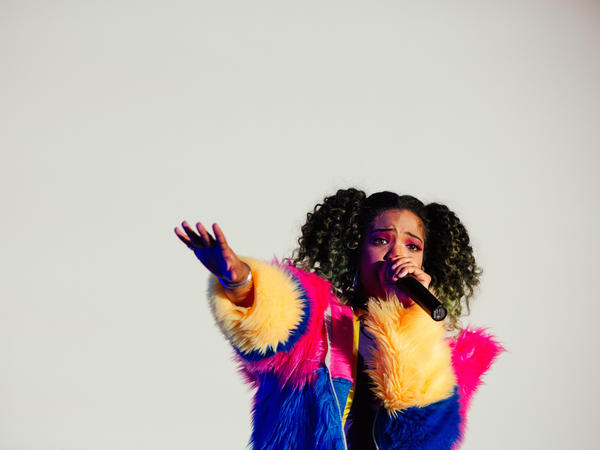