DEQ Says Duke Must Remove Coal Ash At All Plants, But That Could Change

Duke Energy will have to remove coal ash stored near all 14 of its North Carolina power plants under final risk classifications out Wednesday from state regulators. But that may not be the last word.

Four already were classified high priority in the 2014 state law that requires cleanups, with a 2019 deadline for coal ash to be removed.  Duke’s 10 other plants were listed in the draft ratings as low or low-to-intermediate - including Allen in Gaston County, Marshall on Lake Norman and Buck near Salisbury. Ash could have been left in place at some sites, with some cleanups stretching to 2029.

But after months of study and public hearings, regulators now have classified the rest as intermediate. They’ll have to be excavated and closed by 20-24. That's if the ratings are allowed to stand. 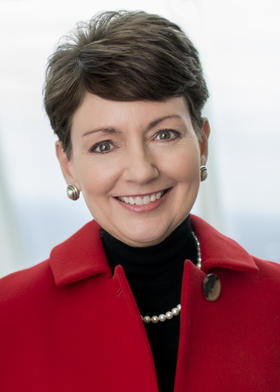 The Department of Environmental Quality plans to ask the General Assembly to change the 2014 coal ash law, so ratings can be revised in 18 months. Duke CEO Lynn Good agrees.

“We support DEQ's acknowledgement that modest changes to the law are needed,” Good said.

Duke wants the option to leave some ash where it is, after repairing leaking basins and adding weatherproof covers - known as "cap in place."

If lawmakers don't revise the law, and Duke has to remove all the ash, Good said, “Then North Carolina will have chosen the most extreme option to close ash basins, an option that'll cost our customers more money, impact our communities for a very long time, and result in no real environmental benefit.

At first glance, the DEQ's final ratings appeared to be a victory for environmentalists and plant neighbors. Hundreds flocked to hearings statewide in March, demanding that coal ash be removed.

But now they worry the ratings aren’t actually final.

“We're delighted that the administration finally acknowledged evidence of contamination and overwhelming public support for excavating coal ash from these failing pits,” said DJ Gerken, a lawyer with Southern Environmental Law Center. “But (we’re) more than a little shocked that they're asking the legislature to give Duke Energy a do-over 18 months from now, after the election.”

Catawba Riverkeeper Sam Perkins said the DEQ wants the legislature to create a loophole in a rating system that was supposed to be final by now.

“Unfortunately today we don't get any more clarity or certainty on the issue,” Perkins said.

Coal ash is the residue left after burning coal. It's an environmental concern because it contains lead, chromium, selenium and other toxic elements.  People who live near some of the Duke plants have been using bottled water amid concerns over contamination in their private wells.

Duke hopes regulators eventually will rate all the remaining coal ash ponds low risk, after they’re repaired, drained and covered.  And even though Duke insists private wells haven’t been contaminated by coal ash, Good said the company is studying what it would take to extend municipal water lines to plant neighbors.

She hopes that will clear the way to cap ash in place at the rest of Duke’s plants. That would clear up a lot of legal and financial uncertainty for the company – if not for neighbors.

Good said Duke eventually will seek rate increases to pay for cleanups, which it considers part of a coal plant’s life cycle.

See the DEQ map of plants and coal ash basin classifications at NCDENR.org

All coal ash ponds at Duke Energy's North Carolina power plants will have to be dug up and closed by 2024, and some sooner, under risk classifications out Wednesday morning from state regulators. But the Department of Environmental Quality said it also plans to ask the General Assembly for permission to revisit the ratings in 18 months, after Duke makes repairs and supplies water to some plant neighbors.

The Coal Ash Management Act of 2014, which ordered DEQ to classify coal ash risks across the state, doesn't currently allow for any kind of update on the risk ratings.

A December draft of the classifications had listed some coal ash ponds as "low" or "low-to-intermediate" risk, which would have allowed Duke to cover ash ponds, but leave them where they are - known as "cap in place."

But Wednesday's announcement, after months of data gathering and public hearings, means Duke will have to dig up all its basins and move coal ash to new lined landfills.

That's a victory for environmentalists and plant neighbors, who had urged regulators to require coal ash to be removed.

“In light of overwhelming public comment asking that no community be treated as low priority, we are encouraged by today’s announcement,” Molly Diggins, State Director of the NC Sierra Club, said in a statement.

But she and others were concerned about the DEQ's plan to ask for a revision in the Coal Ash Management law.

“There are loopholes here that allow Duke to just kick the can down the road as far as cleanup goes,” said Catawba Riverkeeper Sam Perkins. “There are hundreds of families across the state still living with contaminated water and have no idea when their communities will actually be cleaned up.”

“Faced with overwhelming public pressure and clear proof of contamination and other hazards, Governor McCrory and DEQ finally acknowledged today what citizens have known for years that all failing coal ash pits pose a significant risk to communities in North Carolina," Gerken said. "Duke Energy’s leaking, unlined coal ash pits pollute and pose a significant threat to clean water and communities nearby and downstream across North Carolina."

But Gerken criticized the DEQ's proposal to revisit the ratings. “Rather than stand up for impacted communities, DEQ now wants the law changed to give Duke Energy a do over in 18 months."

Gerken said that could let Duke make repairs to existing coal ash ponds, then seek permission to keep the ash in place.

Duke called it an "important milestone" but also said it wants the coal ash law changed so the ratings can be revised.   In a statement on its website, the utility said:

“If NCDEQ’s proposed recommendations are allowed to stand, without review and possible adjustments based on additional new information, the state will have chosen the most extreme closure option that will have a significant impact on customer costs and hinder economic development. In addition, it will cause decades of disruption to communities, all without additional, measurable environmental benefits. Given the scope of work, there is significant risk in meeting excavation deadlines by 2024.”

The timing and type of cleanups required are a key issue for Duke, and could mean higher expenses. The company has said it plans to request rate increases to cover costs for most of the cleanups.

Duke wants the option of keeping some coal ash ponds in place. And in a hint of support for that idea, the DEQ announced Duke has studied the possibility of "supplying permanent alternative water" to neighbors of plants.

The DEQ said it would recommend that lawmakers allow the classfications to be reconsidered after Duke repairs coal ash dams and provides the alternate water supply.

Eight coal ash ponds at Duke Energy plants were rated high priority under the law. They must be excavated and closed by 2019. They include Asheville, Riverbend in Gaston County, Dan River in Eden, and Sutton near Wilmington.

Duke already has begun the work at those plants, in some cases sending coal ash to landfills across the state or out of state.

The remaining 25, including those at the Allen plant in Gaston County, Marshall on Lake Norman and Buck plant near Salisbury, were rated intermediate, and must be closed by 2024.

A series of hearings across the state are giving the public the opportunity to weigh in on coal ash disposal, and policymakers are getting an earful.  Residents have brought up numerous concerns, and some have suggested current health issues could be a result of water contamination from coal ash.  Carolina Public Press decided to investigate those claims and found more questions than answers.  CPP Managing Editor Frank Taylor spoke with Jeremy Loeb.

Media outlets report the state Department of Environmental Quality cited Duke on Wednesday for two violations at the Asheville site. In both cases Duke, and site operator Charah, failed to notify the agency within 24 hours of a structural breach caused by severe erosion that had exposed coal ash and a plastic cover to the elements.

The department says Duke discovered the problems on Oct. 29, but didn't report them until Nov. 2.

Duke Energy could legally leak pollutants from some of its coal ash dumps under new wastewater permits proposed by North Carolina regulators.

On Friday, just days after federal prosecutors filed criminal charges against Duke over the leaks, the North Carolina Department of Environment and Natural Resources issued new draft permits for three of Duke's coal ash sites. More are to follow.

Duke Energy Will Be in Federal Court for Coal Ash Crimes

As Duke Energy prepares to plead guilty to violating the federal Clean Water Act, it has started delivering bottled water to people with tainted wells close to its North Carolina coal ash pits.

Duke has long denied its 32 dumps in the state have contaminated the drinking water of its neighbors. But recent state-mandated tests found that more than 150 residential wells tested near Duke's dumps have failed to meet state groundwater standards.