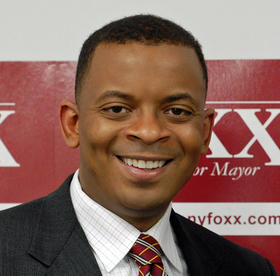 The list of universities across the country committing to the study of race and slavery continues to grow. One new school to join the list is Davidson College in Davidson, North Carolina.

The small liberal arts school of about 2,000 students has selected Anthony Foxx to lead its Commission on Race and Slavery. Foxx was the U.S. Secretary of Transportation under President Barack Obama and is a former Mayor of Charlotte.

“That whether you live in rural North Carolina, or urban North Carolina. Whether you are white or black, rich or poor, Native American, Asian, Latino, we’re all here together and we’re not going anywhere," said Foxx, at a recent event in Durham.

Foxx, a Davidson graduate, said in a statement that he was even more proud of his alma mater for having the courage to “look in the mirror and attempt to understand itself through the prism of history.”

Davidson President Carol Quillen said: "Foxx is an exceptional leader who understands how to build inclusive, courageous communities whose honest assessment of the past and present paves the way for a more just and humane future."

Foxx will play a major role in selecting the rest of the commission, which will include students, faculty, staff, alumni and community members.

Brown University is credited with inspiring colleges and universities to begin serious conversations about race and slavery. Brown now has a Center for the Study of Slavery and Justice.

Davidson leaders say the work of a Commission on Race and Slavery is even more urgent today following national events like the race riot in Charlottesville, Virginia, last summer, where a woman was killed.