Just as a new Republican-led Congress on Capitol Hill is discussing how to dismantle the Affordable Care Act, North Carolina's newly elected governor pledged to implement portions of the ACA that had been left behind in this state.

Speaking at the annual North Carolina Chamber economic outlook forum, Cooper announced that he would push to expand Medicaid in the state. He pledged to file an amendment by this Friday to set the wheels in motion.

Republican lawmakers in the General Assembly have not shown any indication they would approve an expansion, and it was not immediately clear what steps Cooper hoped to take to expand the health insurance program.

"It is common sense for North Carolina to keep its options open as we go into this new health care arena under a Trump presidency," Cooper told the group of businesspeople Wednesday.

Physician and hospital groups rallied behind the governor. "The physicians and PAs represented by the North Carolina Medical Society (NCMS) have been steadfast in their care of Medicaid patients and in their support of expanded coverage to those in need," according to a statement provided by the Medical Society. "The NCMS is committed to helping develop financially sustainable and high quality health care models to safeguard that coverage in the future. We will continue to partner with lawmakers as they work together to care for all North Carolinians."

As part of the Patient Protection and Affordable Care Act, more commonly referred to as the ACA or Obamacare, the federal government in 2010 attempted to provide health insurance to every American. For anyone up to 138 percent of the federal poverty level, $16,394 for individuals or $33,534 for a family of four, federal regulators determined that private health insurance would be too expensive, and mandated that states expand Medicaid, the government-run health insurance program that offers coverage to the poorest individuals and families.

After opponents of the law brought various legal challenges, the Supreme Court ruled that the federal government could not mandate that states expand Medicaid. Predictably, states with Democratic leadership moved forward with an expansion, while those led by Republicans – including North Carolina – moved to not expand the program. 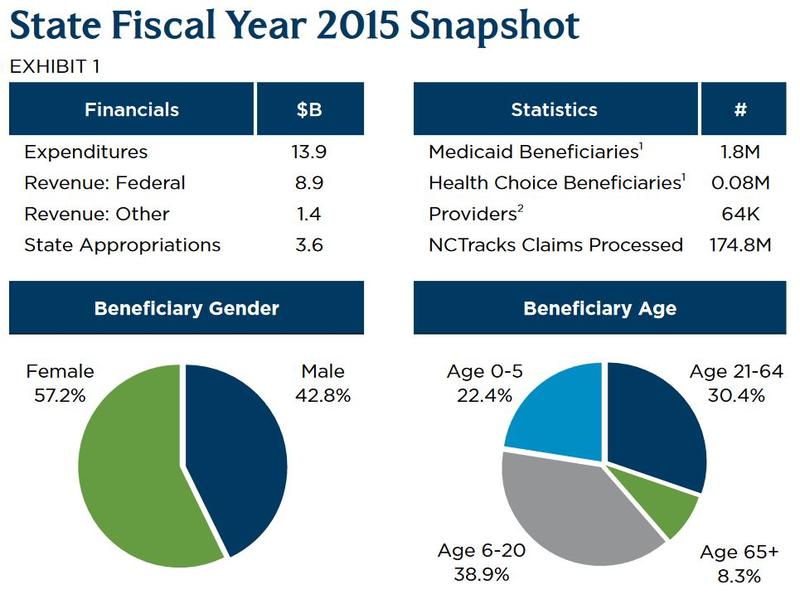 In North Carolina, Medicaid provides health coverage to about 1.9 million individuals, nearly all of which are women, children, elderly or disabled. Few adult men qualify for Medicaid. Furthermore, many of the services are directed toward mothers and their children. For example, more than half of births in North Carolina are to Medicaid-eligible women. Because the health of a mother is critical to the health of a newborn, a Medicaid-eligible mother qualifies for several health services, like dental services, for example, according to the N.C. Department of Health and Human Services.

More than 61 percent of beneficiaries are younger than 21 years old.

Recently, the Medicaid program has been performing better, financially speaking. According to the DHHS, North Carolina’s Medicaid budget finished with cash on hand for the second consecutive state fiscal year in 2015-16, which ended June 30. Prior to these two fiscal years, the Medicaid program experienced shortfalls of nearly $2 billion over a four-year period. 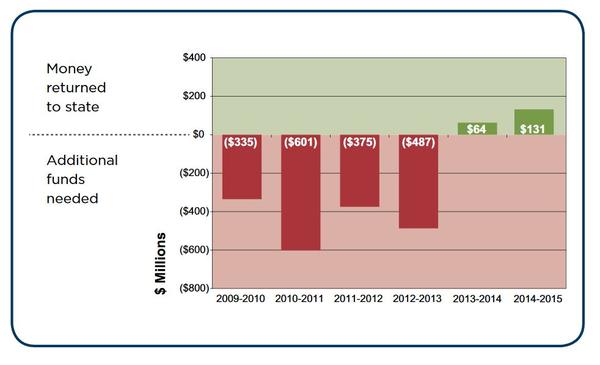