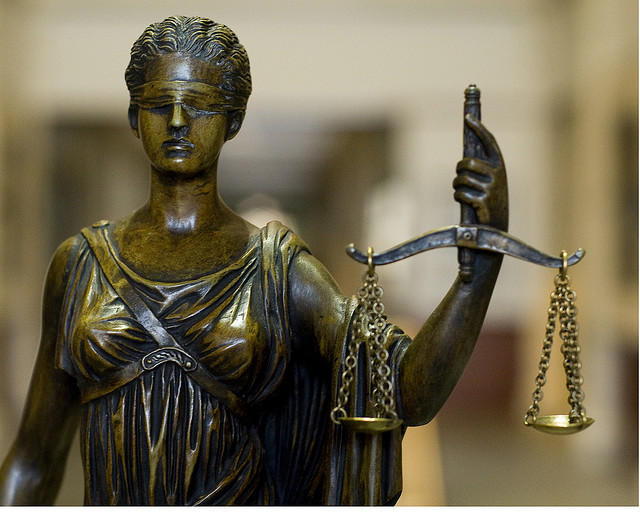 On June 7, North Carolina holds a special primary. And nearly all the focus of that primary has been on those running for the U.S. House. But there is another race on that ballot, the only one that is a state wide contest. At stake is control of the North Carolina Supreme Court.

There are seven justices on the state’s Supreme Court. Four are Republicans, the other three Democrats.

Just one is up for re-election on Tuesday, Republican Justice Bob Edmunds. And have no doubt, political affiliation is a big point in what is officially treated as non-partisan race. Here's part of the introduction Edmunds received at North Carolina’s Republican State Convention. "If we lose his race in June, when the primary comes up, we’re done. Everything else we’re doing with the governor, everything else we’re doing legislature doesn’t matter."

Edmunds himself tried to seal the deal with a bit of audience participation, calling out "when do you vote?" and "who do you vote for?" The crowd responded "June 7th" and "Bob Edmunds" in kind.

That call and response is actually a clever tactic. First, it reminds the audience not just when to vote but the fact in North Carolina judges are elected. It's a point voters often forget says Michael Bitzer of Catawba College. "Often times they think it’s like the federal model and they get appointed for life."

Last year, the North Carolina General Assembly tried to change this system. It passed a law to allow what’s known as retention elections for justices, where voters are simply asked if they want to keep or lose the sitting judge. But that law was ruled unconstitutional by state courts.

The second reason the call and response is a clever tactic, Edmunds was associating his name with the Republican brand.

In North Carolina’s judicial elections no party affiliation is listed next to the names on the ballot. Still, that affiliation can matter says Bitzer. "While we don’t want to associate judges with base party politics it is within the nature of judges to be kind of reflective of where they come from and what their partisan makeup is."

And there are three others in the race who represent a different political view.

And there’s Sabra Jean Faires, an attorney in Wake County. She is registered unaffiliated voter.

The top two vote getters face off in the November election. Which means the future control of the North Carolina Supreme Court could be decided on Tuesday.

Early voting is now underway for the June 7 primary. Voters will winnow the field of state Supreme Court justice nominees, from 4 to 2, and decide some congressional primary races as well. For a check on how early voting is playing out so far in Haywood County, WCQS’s Davin Eldridge spoke with Haywood County Board of Elections Director Robert Inman.

You can find locations and hours of early voting sites at your county's Board of Elections website.