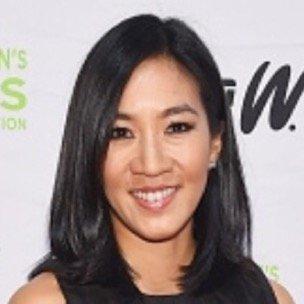 With women's status a key issue in the presidential race, celebrity women from the entertainment and sports worlds aren't shying from the political spotlight. Some are big donors to campaigns and PACs. And some like to hit the campaign trail, as Olympic figure skater Michelle Kwan is doing for Hillary Clinton in North Carolina this week.

Kwan is a bigwig in the Clinton campaign, helping to reel other celebs into her camp.

Kwan was scheduled to be in the Raleigh area Thursday and Charlotte on Friday. Davidson College students will host her at an early voting event Friday at 1:30 p.m. in the student union. She'll work a "Charlotte Women to Women Phone Bank" at 3 p.m. at a Democratic Campaign office off Sunset Road. And then hit a Charlotte Young Professionals Happy Hour at 5 p.m. at Whiskey Warehouse on The Plaza.

Besides Kwan, Clinton has a long list of brand-named women behind her. She's got backing from actresses like Kerry Washington, Charlize Theron, Scarlett Johansson, and Ellen DeGeneres; comedian Amy Schumer; and singer Katy Perry, according to CBS News.