Charlotte now has something like its own "Red Table Talk" called "Bridge Builder Conversations." This nine-part video series will explore the opportunities and challenges of building bridges across racial and socioeconomic differences. The series is hosted by Charlotte community leader and Grammy-nominated producer David "Dae-Lee" Arrington.

Each episode will be about 60 minutes and will drop biweekly on Thursdays. The first episode was published on Jan. 13. When you tune in, expect to witness authentic, honest, unscripted and unfiltered conversation from a few community leaders, including Harvey B. Gantt and Hugh McColl.

Why there's a need for Bridge Builder Conversations

I saw a very obvious need, specifically here in Charlotte to create a safe space for real authentic conversation. In a way that wasn't judgmental and was intentional for the growth that we want to see within our city, specifically when it comes to recertifying the divide, fixing upward mobility, and all aspects of equity.

How did he find the right guests?

So for season one, the majority of the guests are people I already had a relationship with or a person I had one degree of separation from, and all it takes is the introduction to make it happen. So that's where we started. Where we go from here, we'll see.

From the corner to the cul-de-sac, how his life experiences prepared him for this 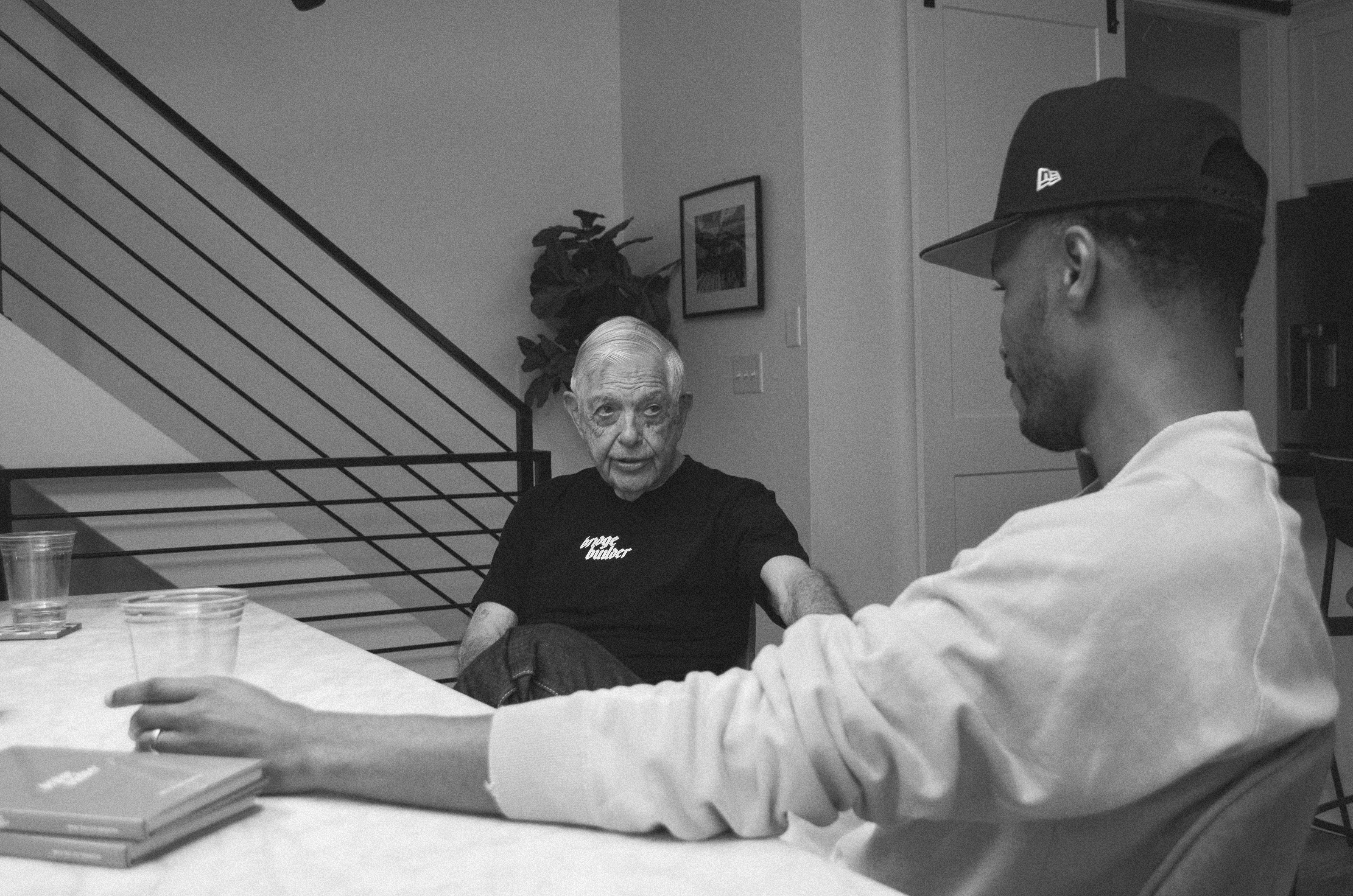 It was very much a 180 flip on various levels, racially, socioeconomically and culturally. But I'm thankful that I was able to explore these differences and that I had the opportunity to build relationships that legitimately changed my life, mainly after college. I had two roommates who I, to this day, consider family. They're white, and there are a ton of differences between us. In that experience, we were roommates for three years, there were opportunities to have general inquisitive conversations about 'man what's couscous exactly, and why do you like it?' And likewise, in the opposite direction. We were able to join family dinners and get to know each other's families just to understand those dynamics outside of what I think in a lot of ways comes from implicit biases.

How viewers will have 'necessary uncomfortability' that'll result in growth.

Growth doesn't happen when you remain comfortable. Growth happens when you have that healthy tension. To give an example, in our first episode with Hugh McColl, there's a moment in our hour-long conversation that he begins to speak about when he realized things were different for white people and Black people. In his words, "I was the worst kind of racist in that I didn't question it, I just thought, ‘That's the way things are.’"

I believe, because of the safety of the space created in the conversation, he felt comfortable enough to say that. It's the beauty of when we create safe spaces where we don't feel as if we're going to be judged, by admitting certain things, I believe that is the type of ground that actually allows us to grow"..." So if him being willing to accept that can change the perspective and make people actually start to do the internal work, like just five or even one people that's in leadership within the banking industry. I see that conversation as worthwhile.

On generational wealth and reflection

During our conversation, we talked about him (Hugh McColl) investing in Black businesses in efforts to increase wealth within the Black community. He's a money guy. He understands money plays in changing the landscape within a community. If you don't have money or have access to loans to buy a home, how do you expect generational wealth to change within a community?

On what he wished he asked

With Huge McColl, I wish I would've asked him more about the dynamic of Bank of America and just banks in general that were too big to fail during our recession, which left many people losing their house and asking, how does that work. I want to know their [larger banking companies] thoughts regarding that. That's one thing I wished I had asked him more about because that impacted so many people's livelihood.

Another, with my conversation with Harvey Gantt, is something I feel many people don't know about. I became aware that he was part of the planning of a Black-centered town or city in North Carolina called Soul City. It was centered around the Black community in a very divided time, and it fell flat. It never happened. So I'm interested in his thoughts about that.

The possibility of more seasons in the future

That is the hope! This [Bridge Builder Conversations] is a risk. Talk shows, that's nothing new, but what I'm doing, I think there's added or different risk. We exist in a cancel culture. How willing will leaders like Hugh McColl or Harvey Gantt be willing to truly be transparent and honest about things that could truly change our landscape? These nine episodes are only the beginning. My hope is that we'll be following seasons with different cultural leaders.

You can watch the first episode here.

• Hugh McColl, former chairman and CEO of Bank of America

• Michael Marsicano, president and CEO of Foundation For The Carolinas

• Molly Shaw, former president and CEO of Communities In Schools of Charlotte-Mecklenburg