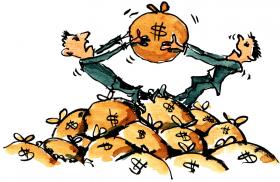 Reynolds American and Lorillard, two of the country’s biggest tobacco producers, announced a merger yesterday that is expected to reshape the tobacco industry.

The $27.4 billion deal is designed to give Reynolds more strength against Altria, the dominant player in the U.S. tobacco industry. But this story is just one of many examples of consolidation and reorganization going on within industries in North Carolina. Raleigh’s Salix Pharmaceuticals, the Triangle’s largest home-grown drug company, recently announced a merger with Irish-based Cosmo Technologies.