Branded For Life: NC One Of Two States That Prosecutes Teens As Adults

First of two stories. Click here for the second.

When you turn 16 in North Carolina, you still can't vote, or drive on your own at night. You can't buy cigarettes or alcohol, or get a tattoo. But you can be charged, tried and convicted as an adult in the criminal justice system.

North Carolina is one of only two states in the country that automatically prosecutes 16- and 17-year-olds as adults. But this might be the year state lawmakers raise the age of adult prosecution.

T.J., a Durham high school student, picked up his first criminal charge just a few months after his 16th birthday. He asked WUNC to use his initials to minimize the likelihood his record will follow him. T.J. was in an argument with his father, and in the heat of the moment, he sent his dad a threatening text.

"There was stuff said I shouldn't have said, but out of the act of anger I said it. And that's the main reason I’m on probation now," T.J. said.

His dad called the police. When officers picked T.J. up, they arrested him and charged him with communicating threats – a misdemeanor.

His dad followed through with pressing charges. Now T.J. is on probation for a year, and because he lives in North Carolina, he has an arrest record that will likely follow him the rest of his life.

"My biological mom said it wasn’t right," he said. "The judge even said it wasn't right. He was like, 'Pressing charges on your son – he just turned 16. You're basically already ruining his life within two months.'" 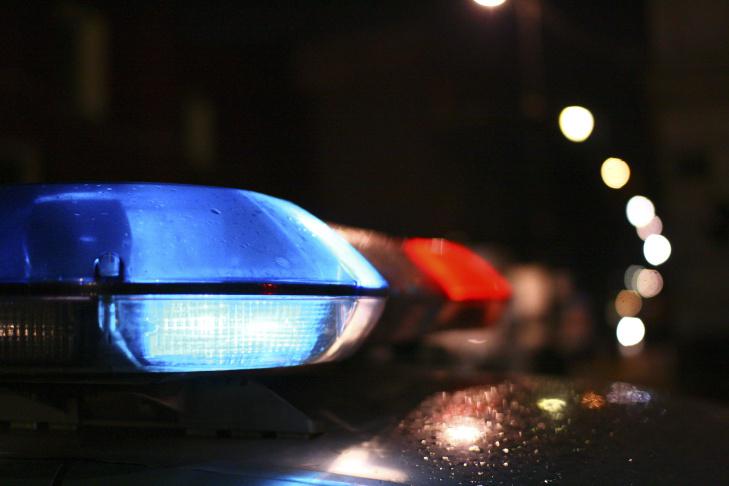 T.J.'s record means an angry text he sent as a 16-year-old may harm his chances of getting into the military, getting a job or earning a college degree in computer science – all paths that interest him.

T.J. is one of thousands of 16- and 17 year olds charged as adults each year in North Carolina. The state hasn’t raised the age of juvenile jurisdiction since the juvenile system was created in 1919. In the past 100 years, every state except North Carolina and New York has raised its age of juvenile jurisdiction as science has provided a better understanding of the adolescent brain.

"A lot of people, they talk about 16- and 17-year-olds, and they say, 'They should know the difference between right and wrong.' Well, they do," he explained. "The problem is they don't take the time to actually think about it and actually think that through before they take an action."

"Sixteen, seventeen – you know you're still learning. You can’t just try somebody as an adult, especially if it’s their first offense. ... It's just not right at all."

Watch William Lassiter's presentation to the John Locke Foundation on raising the age.

Time For A Change

This may be the year state lawmakers are on the same page with advocates for raising the age. Henderson House Republican Chuck McGrady has co-sponsored a bill to move 16- and 17-year-olds into the juvenile system, except those charged with violent felonies. It comes out of a study done by the North Carolina Chief Justice Commission, and has support from judges, district attorneys, defense attorneys, sheriffs' offices, police departments and both the conservative John Locke Foundation and the liberal N.C. Policy Watch.

McGrady says past efforts to raise the age faced pushback from lawmakers who worried they'd be seen as soft on crime.

"At that time, we were really fighting the battle as to what is the underlying policy," he said "Now, there seems to be more consensus around the idea of raising the age, but it doesn't mean anything unless you put money towards it."

This time around, McGrady said the main challenge will be finding the funds to make it happen. A 2011 study by Vera, a justice reform group, put the bill at around $70 million a year; juvenile rehabilitation is more expensive than pushing kids through the adult system. But Lassiter said the figure will likely be much lower, as juvenile crime rates have dropped sharply since that study. Lassiter points to research showing teens who go through the juvenile system are much less likely to be repeat offenders.

"The resources that we use in the juvenile justice system are much more therapeutic and targeted towards the actual individual needs of juveniles. That's why it works so much better," Lassiter said. "But it does cost more money up front, until you start to see the reductions in recidivism in the adult system down the road."

Vera's economic analysis  shows Lassiter is right: Raising the age would be a net financial gain to the state after a few years, to the tune of about $50 million a year. Not to mention, the change would keep records clean for teenagers like T.J., who make youthful mistakes.

The measure already has broad bi-partisan support in the House, including from powerful Republicans. A previous version of the measure was passed in that chamber in 2014, but was never voted on in the Senate. That's where this year's version of the change is likely to face more pushback.

Check out the second installment of this two-part series: Second Chance: NC Judges Fight To Keep Teens Out Of Adult Criminal System.

As lawmakers head back to Raleigh for their long session, we’ve been talking to some of those legislators from out here in the west.  One of the most influential lawmakers from our region is expected to be Representative Chuck McGrady, a Republican of Henderson County.  McGrady will hold key positions in the legislature.   Most notably as co-chair of the House Appropriations Committee, McGrady will have a key role in shaping the two year budget.  I asked him about the recent special sessions, one in which lawmakers effectively stripped a number of powers from incoming Democratic Governor R

With lawmakers back in Raleigh for their long session, we’re taking the time to speak to the members from out here in the west.  Today, Brian Turner, a Democrat of Buncombe County.  Turner represents District 116 in the House of Representatives.