Bill Would Cut Tuition At Five UNC Schools, Lock In Tuition At Others

There's a plan to reduce tuition to $500 a semester at a handful of UNC system schools. Students at other UNC universities wouldn't have to worry about tuition hikes, since they'd pay the same tuition for their first four years. It's all laid out in a state senate bill that has gained some traction and lots of concern.

MT: Why are lawmakers talking about cutting tuition so drastically at these schools?

LW: There's certainly the idea that this would make a college education more affordable. Students would pay about a third of what tuition is now. But the bill's sponsor, Tom Apodaca, also calls it a "marketing ploy." It would only affect five schools - Western Carolina University, UNC Pembroke, Winston-Salem State University, Fayetteville State University, and Elizabeth City State University. Here's Apodaca in a senate committee meeting this week:

"What we're trying to do is boost up the enrollment at these institutions and get them up near capacity as we possibly can," he said. "And with that we think the competition for the $500 tuition will increase the caliber of student and the numbers of students wanting to attend those institutions."

MT: Are these schools really struggling to attract students?

LW: A couple are. Winston-Salem State and Elizabeth City State have seen declining enrollment and that's led to some financial challenges, particularly at Elizabeth City State. Those schools are both historically black universities. Some of those problems are due to tighter requirements on some federal loans and higher admissions standards across the UNC system. A few years ago, lawmakers floated the idea of possibly closing Elizabeth City State and that surely didn't help. But Western Carolina's enrollment is the highest it's been in a decade. That said, according to Apodaca's capacity numbers, all of the schools can accommodate more students.

MT: If tuition is so much lower, would this also mean deep cuts to those universities' budgets? 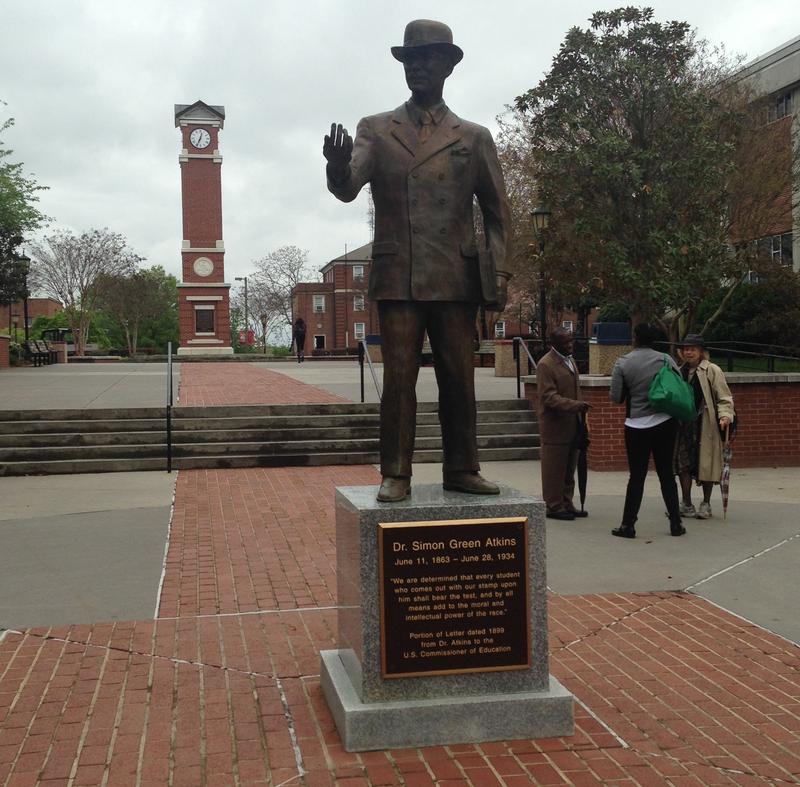 LW: That's what makes a lot of people nervous. The bill now allows for a set-aside of $70 million to offset the cost of any loss of revenue because of lower tuition. But the worry is lawmakers can't guarantee that'll stand in future years because, well, legislatures change.  And, for this reason, you do hear alums, especially those of the three historically black universities, worry that the intent of the bill is not to strengthen the schools, but bankrupt them.

MT: What do the leaders of these five schools have to say about the bill?

LW: For the most part, they're cautious. Several of the chancellors say they're reviewing it, discussing it with legislators and are hopeful it will be revised. But Fayetteville State University's Chancellor James Anderson has been outspoken about his dislike of it. He wrote in an op-ed that the tuition cut, while sounding enticing, may cheapen the school's image. He wrote, if someone offers to sell you a $500 car, wouldn't you question its value?

MT: Now, the other part of this bill wouldn't lower tuition at all the other UNC system schools, but it would guarantee tuition stays the same for students' first four years. How is that being received?

LW: The chairman of the UNC Board of Governors Lou Bissette says it's a good idea in that it would make it easier for students to budget. But he said it would be complicated to manage, partly because you'd have so many students paying different amounts of tuition at the same school.  It would also be a challenge to set tuition rates for four years. Utility bills, benefit costs, state spending fluctuate. How do you accurately set tuition that covers university expenses and doesn't overcharge students? Illinois is one of a few states to lock in tuition rates like this. In a study last year, researchers at University of Illinois found that state's law led to schools raising rates faster than if they could adjust them for all students year-to-year.

MT: There was another controversial part of the bill that had to do with possible name changes for some of the UNC system schools. But that got dropped. Why was that such a touchy topic?

LW: Yes, that part of the bill especially concerned alums and supporters of the state's historically black universities that worried the UNC moniker would replace the names of their schools. (This happened in the '90s to Pembroke State University, which we now know as UNC Pembroke.)  There's a concern that lawmakers are trying to erase the history of historically black universities and change the character of those schools.  Lawmakers dropped that portion of the bill because they felt it was a distraction from the bill's main goals. But that still hasn't gotten rid of those fears.

MT: So, Lisa, where do things stand now?

LW: The full Senate has yet to vote on it, but it certainly has the support of Senate leaders. If it passes the Senate, it would, of course, have to go the house. The chairman of the House Education Appropriations Committee, Craig Horn, tells me he has a lot of questions and concerns about it.

Students at North Carolina's public universities will pay higher tuition and fees in the next couple of years after a one-year tuition freeze this year.

The governing board of the 16-campus University of North Carolina system on Friday approved requests by schools to raise the core cost of attendance.

North Carolina State University undergraduate students would see tuition rise next fall by $182 to $6,220, followed by another $187 increase the following year. UNC-Chapel Hill could charge an extra $225 in undergraduate tuition next fall to almost $6,650.