The company building the 600-mile Atlantic Coast Pipeline says it has halted construction after a federal appeals court put on hold a key environmental permit. 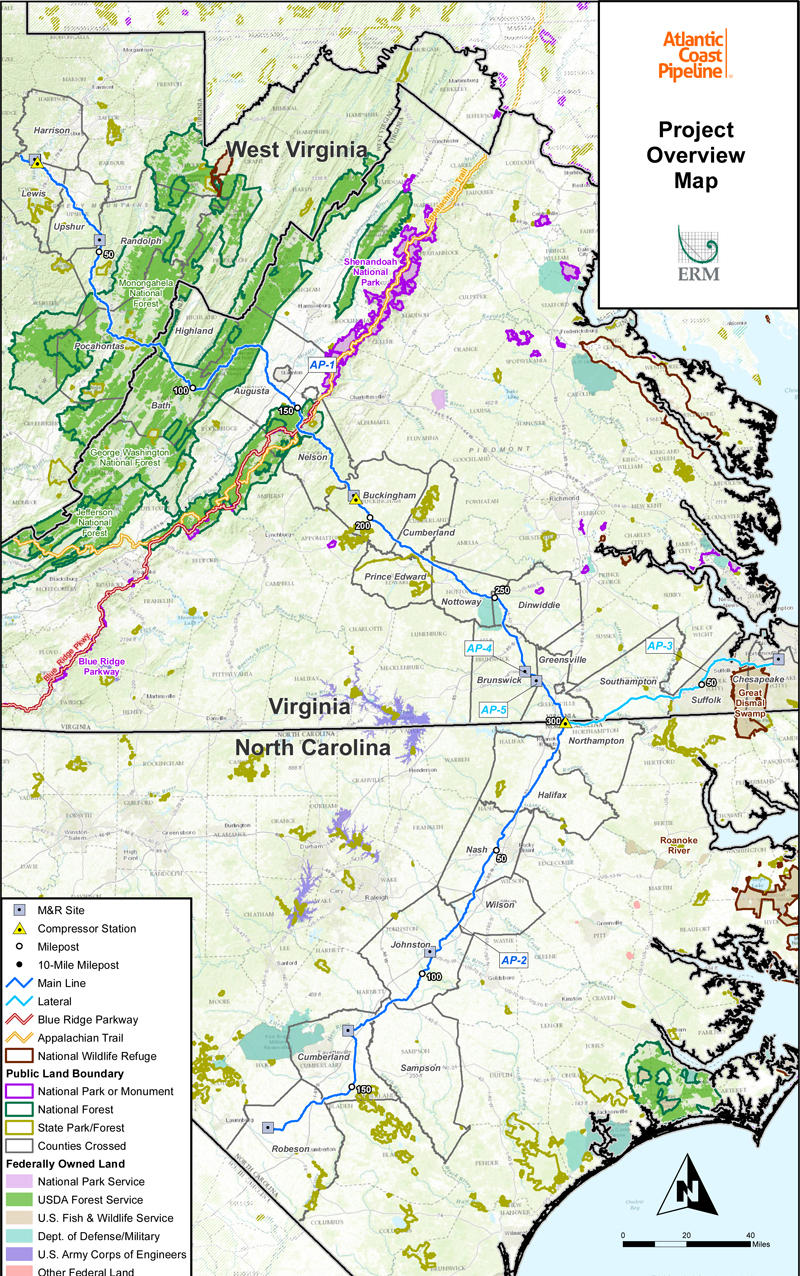 On Friday, the Fourth Circuit Court of Appeals in Richmond, Virginia, issued a stay of a revised permit from the U.S Fish & Wildlife Service. That permit would have allowed construction in areas that could threaten endangered species.

In response, Dominion Energy of Virginia told the Federal Energy Regulatory Commission Friday it has stopped construction on the entire project.

"Dominion Energy, on behalf of Atlantic and itself, has stopped construction on the entire project, except for stand-down activities needed for safety and that are necessary to prevent detriment to the environment," Friday's filing said.

Dominion is building the $6 billion pipeline in partnership with Duke Energy and Piedmont Natural Gas, as well as the Georgia-based Southern Company. The pipeline will carry fracked natural gas from West Virginia to customers in Virginia and North Carolina.

Environmental Groups have sued to halt the project, which has faced several delays. In May, the Fourth Circuit threw out the original permit and ordered the Fish & Wildlife Service to draw up a new one. That's now on hold.

"The Fish and Wildlife Service scrambled to reissue this permit and its haste is evident in its analysis," said Attorney Patrick Hunter of the Southern Environmental Law Center, which sued over the permit. “This is yet another instance of government agencies rushing out ill-considered permits for this project.”

Dominion is asking the court to narrow the order, so work can continue on sections not affected by the dispute over wildlife. The pipeline says the permit in question does not affect the whole project, but "only four species and roughly 100 miles in West Virginia and Virginia."

Opponents are trying to halt the project after the same court in May ruled against the original permit, known as a "Biological Opinion," which would have allowed construction in areas that could have threatened endangered species.

The four species are the Indiana Bat, the Clubshell Mussel, the Rusty Patch bumble bee and a crustacean called the Madison Cave isopod.

See an interactive map of the pipeline route on AtlanticCoastPipeline.com