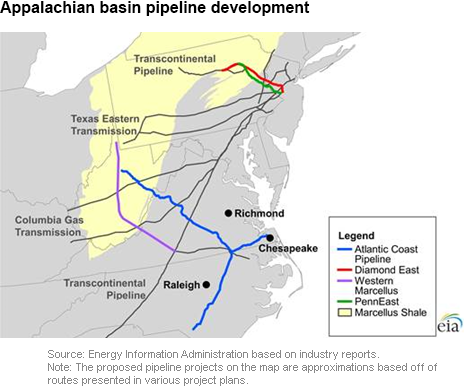 Federal judges rejected two key permits Monday in a move that may impede construction of the Atlantic Coast Pipeline, a 600-mile project to transport natural gas from West Virginia to North Carolina by way of Virginia.

Dominion Energy said it can address the court’s concerns without causing unnecessary delay to the project, while environmentalists are calling on the Federal Energy Regulatory Commission to halt construction altogether.

How do these legal decisions complicate the pipeline’s construction and how are community stakeholders responding? Host Frank Stasio talks with Elizabeth Ouzts, a reporter for the Southeast Energy News, and Ryan Emanuel, professor of forestry and environmental resources at North Carolina State University and member of the