The Asheville Police Department Suffers Another Blow In Race Relations 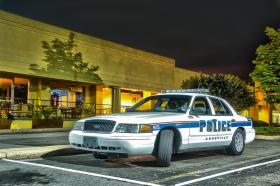 According to reporter Joel Burgess’ investigation, APD Chief Tammy Hooper authorized the monitoring of Black Lives Matter and Showing Up For Racial Justice after the groups allegedly made threats against police. Community activists claim they made no threats and that this is an intimidation tactic.  This is yet another strike in the strained relations between blacks and APD that escalated again this past winter when leaked video showed officers beating and choking an African-American man who was accused of jaywalking. Burgess broke both stories. He joins guest host Anita Rao with his latest report.