10 Best-Selling Liquors In North Carolina In 2018 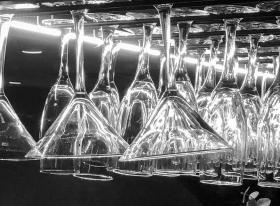 About one-third of Americans don't drink alcohol. About another third drinks fewer than one alcoholic drink per week.

But the numbers jump quickly from there, according to consumption data from Phillip Cook's book "Paying the Tab." The top 10 percent of Americans consume nearly 74 drinks per week, or 10 per day on average.

Around the holidays, people report drinking more – in some cases much more – than during the rest of the year.

With that in mind, here's a list of the 10 best-selling liquors in North Carolina in 2018. Vodka is the clear favorite in the state as it accounts for the top seven spots. Then again, this list looks only at specific brands and bottle sizes, not overall sales by major liquor type. Ranking comes from the N.C. Alcoholic Beverage Control Commission